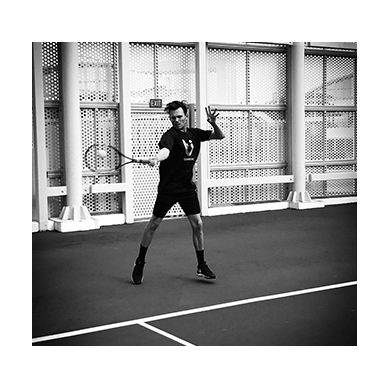 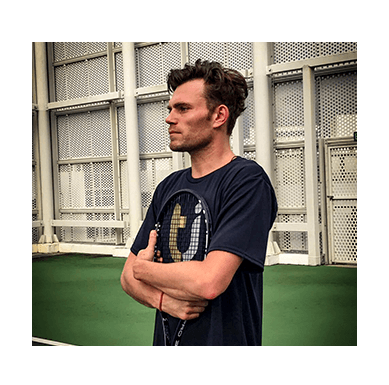 “ Excellence is not a singular act but a habit. You are what you do repeatedly ” – Shaquille O’Neal

Coach Jenner stands out for his great inter-personal skills. Having a double degree in Communication and Arts, his creativity and people’s skills are reflected in the enthusiasm and attentiveness of his students, which in turn produce great results.

Coach Jenner qualified as a certified tennis instructor in Canada where he originates from. He played in and later coached his College team in the U.S., taking them from a national ranking of #29 to #9 and finishing in the final 4 at Nationals.

More recently Coach Jenner has coached for several years at an academy in Canada and has been touring as a coach all over Asia with several ATP players, organising everything from training sessions to fitness and nutrition.

Having worked with children with ADHD, Coach Jenner is also immensely patient and perfect for small children and groups as well as adults.