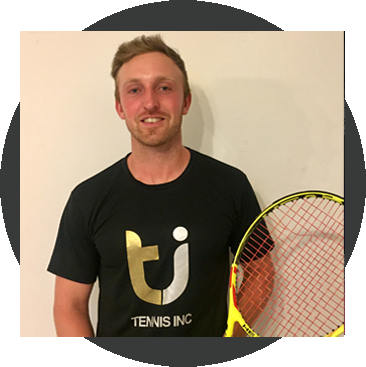 “Coaching is unlocking a person’s potential to maximize their own performance.  It is helping them to learn rather than teaching them.”

Jordan McCulloch is an LTA Level 3 Certified Performance Tennis Coach who has been involved in the elite tier of Scottish tennis over the past 9 years.

As a junior player growing up in Cheshire, he was ranked at No.1 in Great Britain for U12’s, U16’s and U18’s age groups, representing the nation in World and European Championships. Having spent his high school years combining academics and tennis at the WIN Tennis Academy in Wrexham, Jordan began to compete on the International Tennis Federation Junior Circuit, achieving a world ranking inside the Top 200.

Once turning 18, he attained a tennis scholarship to the University of Stirling, captaining the men’s first team to three successive British Championships and 3rd place in the European EUSA Games whilst actively competing on the International Tennis Federation Professional Circuit.

After completing his undergraduate degree, Jordan decided to stay on for a further 2 years and undertake an MSc in Sport Management whilst combining his role as the Tennis Programme Coordinator at Beaconhust School. During this time Jordan has also become one of the Head Coaches of the Central Scotland District Tennis Programme at the Gannochy National Tennis Centre at the University of Stirling.

Throughout this period, he has worked with players of all abilities from adult and child beginner/intermediate and advanced to national and international junior tennis players in Scotland. Jordan is a versatile coach who shares a deep passion for the game and enjoys working with all players who strive to succeed and are willing to maximise their ability.